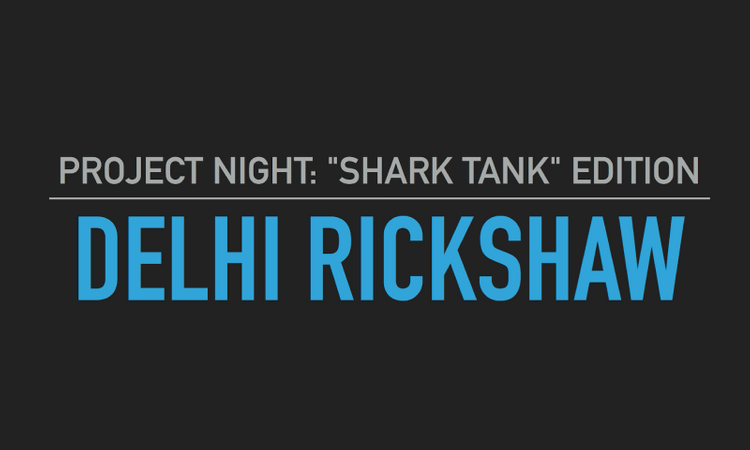 I recently joined the Tech Valley Game Space (TVGS) and participated in their first "Shark Tank" event where people present game ideas and the winning pitch gets access to volunteers to create a game over the following month. My pitch of a game idea called "Delhi Rickshaw" was the winning pitch and we spent the last month developing the idea in Unity. It was a lot of fun to have a push towards finally sitting down to learn the essentials of Unity. I was impressed by how easy the engine is to work with and enjoyed coding in C#. The tutorials from Unity like the Tank Tutorial were also very helpful to get up and running and the key aspects of a game. 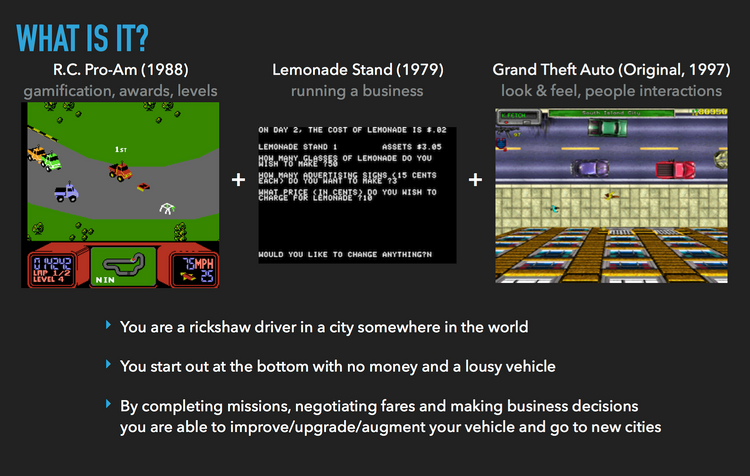 The Delhi Rickshaw game idea came from my time abroad in Southeast Asia. I was fascinated by the different styles of rickshaw in the various cities and wanted to make a game that merged the perspective of the original Grand Theft Auto, the business idea of Lemonade Stand and future clones, and the competition and gamification of R.C. Pro-Am.